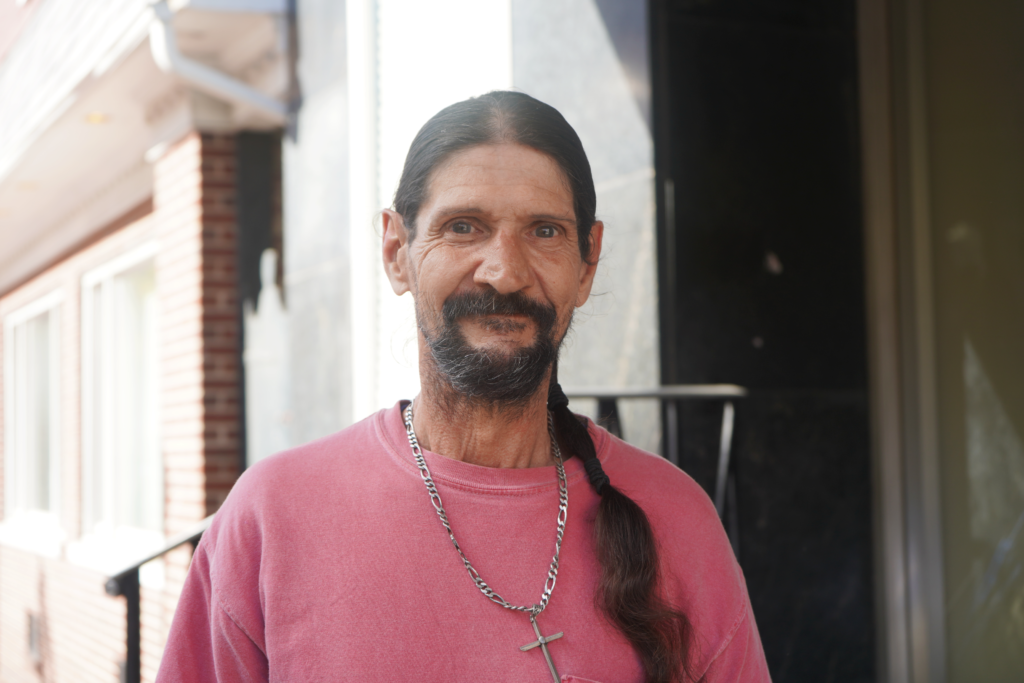 Homelessness is not something many of us imagine will ever happen to us.

This was the same for Terry; he never thought he would have been so close to experiencing homelessness, but unforeseen circumstances put him on the verge of living on the streets. His story illustrates how important your gift is today.

TLC is a temporary home for individuals, veterans and families with children experiencing homelessness. Your support creates a safe and caring place, where participants are empowered with access to tools and resources they can use to rebuild the pieces on their path toward stable housing for themselves and their families.

Terry, a painter and construction worker for most of his career, is nearing retirement.  The hazards of his work, such as exposure to harmful chemicals and agents, attributed to ailments of chronic obstructive pulmonary disease (COPD) and emphysema, limiting his ability to work.

Nearing the end of 2019, he was notified by his landlord that the mobile home he was renting would no longer be available, so Terry was in the process of looking for a place to rent.  Unexpectedly, Terry was hospitalized with a rare lung infection, which took a long time to diagnose, in part due to concerns around possible Covid-19.  This prompted visits in and out of the hospital. While searching for a home in a difficult housing market, he knew that he was about to lose his permanent housing, so he moved all his belongings into storage.

Still under medical care, Terry was referred to TLC through a partnership with Penn Medicine LGH and their Care Connections program. He recounts these experiences as the most challenging times of his life.  He had to reassure himself, “Don’t be afraid of the unknown, take the chance.”  Terry knew that he had no place to call home.  “I had to accept the help and leave my pride at the door, thank goodness TLC accepted me and had a room open.”

Terry expressed many thanks and how grateful he is to the entire staff and in particular, to Marge, his counselor at TLC, for the time, energy and emotional support she provided, especially during the last three months when he lost his dad.

“It has been a lot to deal with, but Marge has got me to this point, where I now have a rental place of my own.” Terry shared how he is looking forward to his own space to do the things he loves to do, cook a homemade meal of spaghetti and meatballs or work on creating dream catchers, all in his own space.

During this holiday season, your support is critical to uplifting individuals who are experiencing homelessness in our Lancaster County community. Your gift empowers people, like Terry, to achieve their goals, as he was able to move into his own apartment and unlock a brighter future. Please give a gift to TLC today.